Can Amino Acid Supplementation Help You Succeed In Your Opioid Detox Program?

Addiction to prescription painkillers, primarily opioids, has become a nationwide epidemic in the U.S. According to the CDC, between 1999 and 2014, opioid sales have nearly quadrupled, and in 2014, almost 2 million Americans were dependent on prescription opioids. Because these drugs are prescribed by their doctor, many people have the mistaken idea that they are not addicting. That idea has led many unsuspecting opioid users to suddenly realize they can't stop using the drugs. More and more people are seeking professional help in removing their dependence on prescription opioids. If you are one of them, it is not an easy road, but with hard work and the right people and tools, you can regain control over your life.

What Are Prescription Opioids?

Prescription opioids are narcotic pain relievers that are related to opium-derived drugs such as codeine, morphine and heroin. Opioids include drugs such as oxycodone, hydrocodone and fentanyl. They are commonly prescribed to relieve moderate to severe pain when other over-the-counter medications have proven ineffective. Opioids work by blocking pain messages to the brain and spinal cord, therefore reducing feelings of pain.

What Are the Dangers of Opioid Use?

Opioids stimulate the production of these feel-good neurotransmitters, which is a big reason people use them. When the body realizes that production of these neurotransmitters is being increased via another source, the opioid, it cuts back on its own production. The body then requires more opioids to make up the difference. This cycle leads opioid users to need increasing doses of the drug to get the same effects.

When someone who has been using prescription opioids for several months suddenly decides to stop taking the drug, the naturally produced neurotransmitters are not abundant enough, and the person goes into a painful withdrawal. Without professional help, most people return to their opioid use because the pain and cravings are too difficult to withstand.

Why Are Amino Acids Helpful in Detox and Recovery Programs?

Amino acids are proteins that the body uses to produce neurotransmitters. When heavy opioid use impairs the body's natural production of neurotransmitters, the addition of amino acids can help boost production. The increased availability of the feel-good neurotransmitters helps reduce pain and increase feelings of well-being in a person undergoing detox. Amino acid supplementation has been shown to alleviate many of the symptoms of withdrawal and, therefore, increase the odds of successful recovery.

Amino acid supplementation is not a complete solution for opioid addiction, and you should not use it without the supervision of medical professionals. Cold-turkey cessation of opioids use can cause severe symptoms that can lead to other health problems, even death. However, when amino acid therapy is used alongside other physical and behavioral therapies, overcoming an opioid addiction is certainly an achievable goal. For more information and help, contact a drug detoxification counseling center near you.

Read in about 3 Minutes 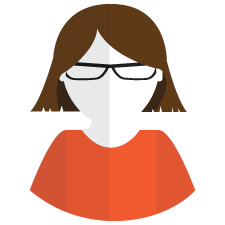 After I had been married around 11 years, I realized that I really needed to do something about my struggling marriage. It was hard for me to deal with constant bickering, and I felt like my spouse didn't do that much to keep our house clean. It was hard and I knew that I had to do something, so I started focusing on getting professional help. I contacted a doctor that offered professional counseling and set our first appointment. That was the beginning of our healing process. This blog is all about seeking marriage counseling for lingering issues and knowing how to overcome struggles.